The Epilepsy Centre has been operating for over 45 years and is committed to providing quality services and support to people living with epilepsy and improving community awareness and attitudes in South Australia and The Northern Territory.

Epilepsy can be a devastating condition to manage and the support and The Epilepsy Centre provides vital information and services to the community which is absolute necessity.

Unfortunately, the suicide rate among youth living with epilepsy is 25% higher than the general population due to difficulties in securing employment, maintaining friendships and holding a driver’s licence. It is a life of uncertainty, confusion, isolation and embarrassment which no one should have to endure.

SO WE ARE GOING TO MAKE A DIFFERENCE THROUGHOUT THE MONTH OF MARCH!

South Australia is the only State in Australia that does NOT receive any Government funding, so with your support, it is critical to our epilepsy community that we raise funds and share the awareness so everyone understands that there is The Epilepsy Centre here to assist those in need.

So Let’s Go and #GoPurpleforEpilepsy and know that you are our Hero in spreading the word in March! All Proceeds Go Directly Toward Supporting The Epilepsy Centre

SOME OF THE FUN WAYS YOU CAN FUNDRAISE FOR US INCLUDE: 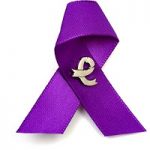 26 Ways to Make a Difference